This innovative project will restore the threatened Chalk Hill Blue butterfly to Warwickshire after an absence of over 100 years.

The Chalk Hill Blue has not been a resident species in Warwickshire since the 19th century, however in recent years, individual butterflies have been sighted in the south of the county, and it is believed that the species is looking for new sites to colonise. Conservation measures in neighbouring Gloucestershire and Oxfordshire have allowed the Chalk Hill Blue to recover some of its former range, meaning that colonies are now found very close to the Warwickshire border.

The larval food plant of this threatened butterfly is Horseshoe Vetch, a plant restricted to well-drained, mainly south-facing calcareous grassland slopes; this plant is currently extinct in Warwickshire. Locally-sourced plug plants of Horseshoe Vetch, the Chalk Hill Blues larval food plant will be planted on eight project sites, creating breeding habitat and enabling this beautiful butterfly to recolonise the county.

Through this project, scrub clearance will be undertaken by specialist contractors, ensuring that the habitat is optimal for the Horseshoe Vetch, and locally-sourced plug plants will be planted on each of the eight ecologically-linked project sites.

Volunteers will deliver a programme of targeted habitat management in order to create suitable breeding areas for the Chalk Hill Blue.

In summary, work will involve:

The long-term success of this project will be measured through ongoing species surveys, monitoring and habitat condition assessments which will record:

This will allow us to make a careful evaluation of species and habitat recovery across the project sites and prioritise future conservation effort and ongoing sustainable management in this important project to restore a currently extinct species to its former range. 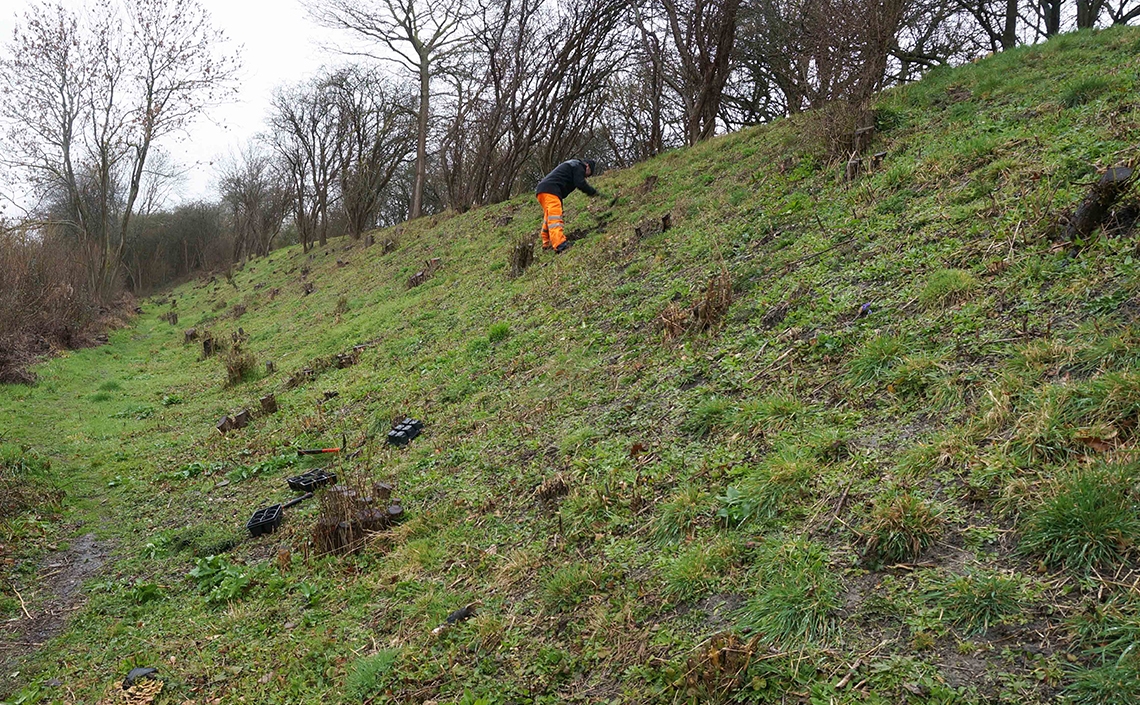 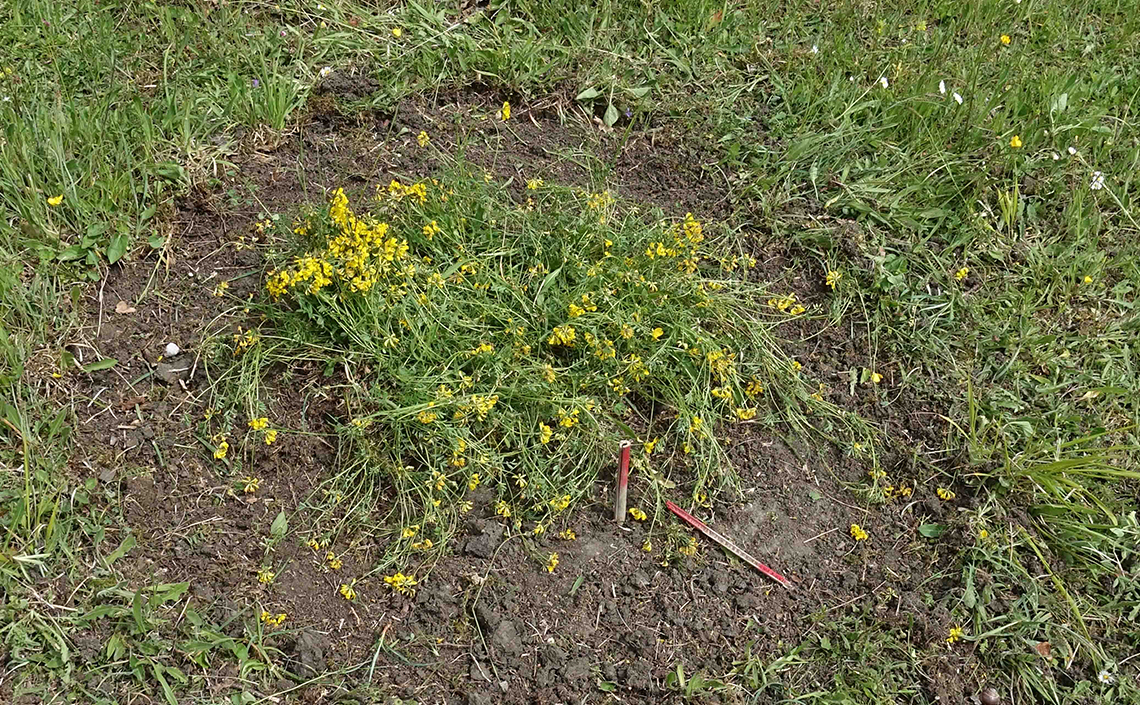 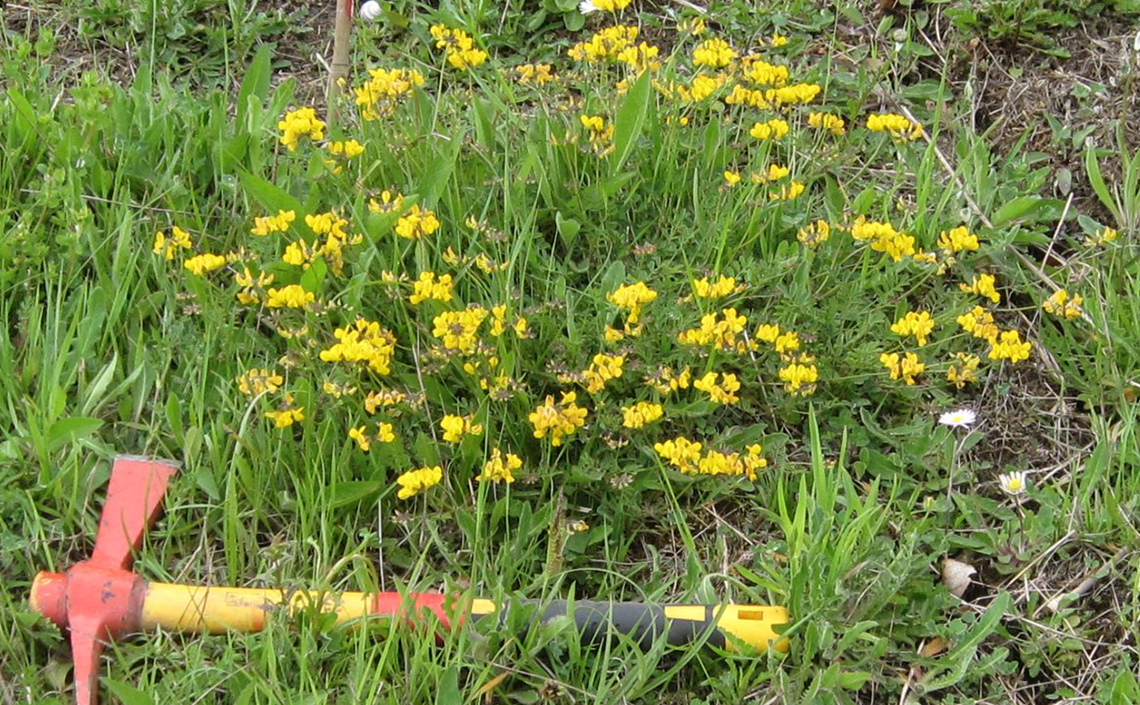 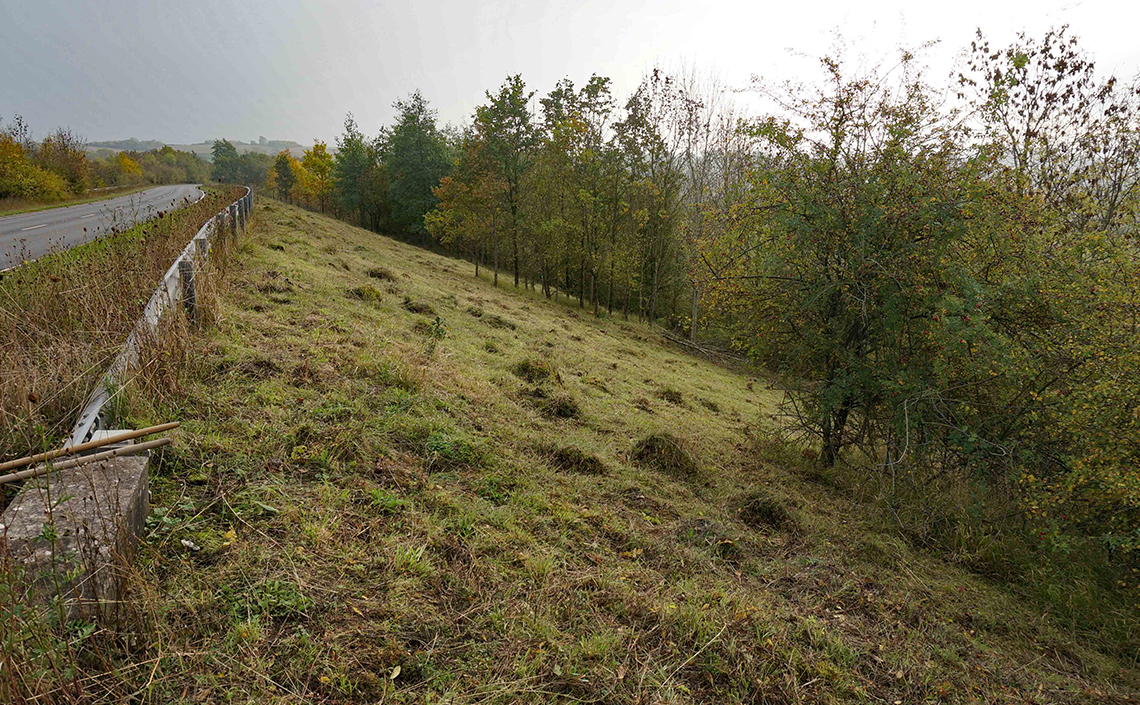 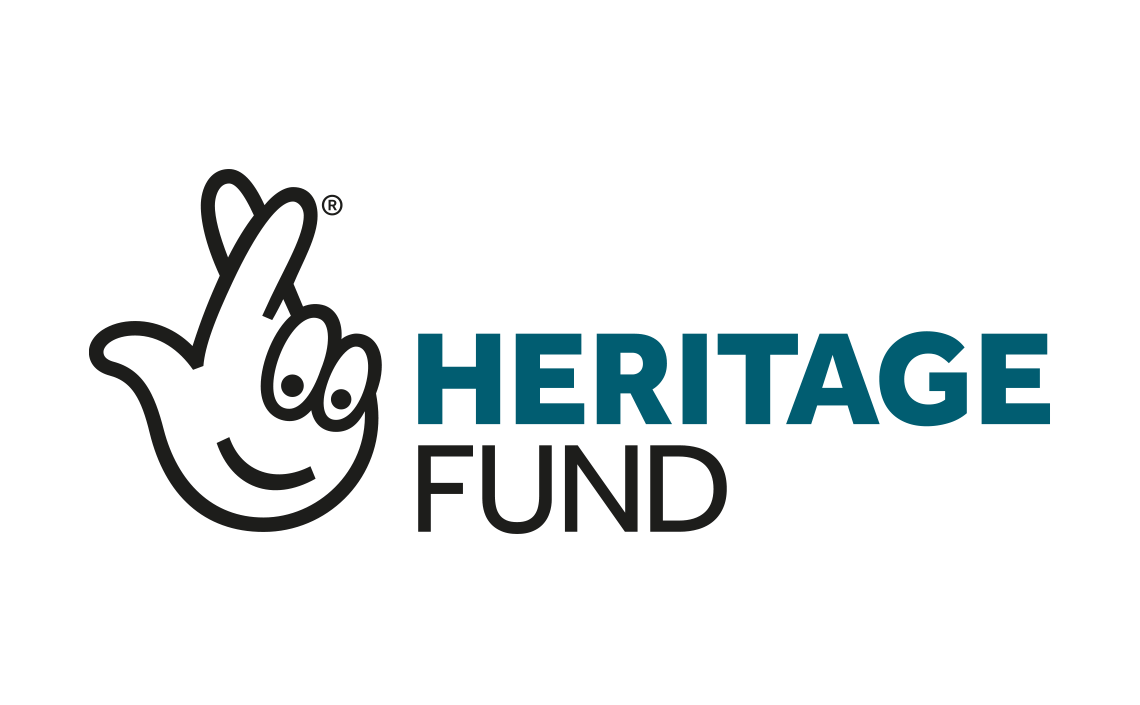 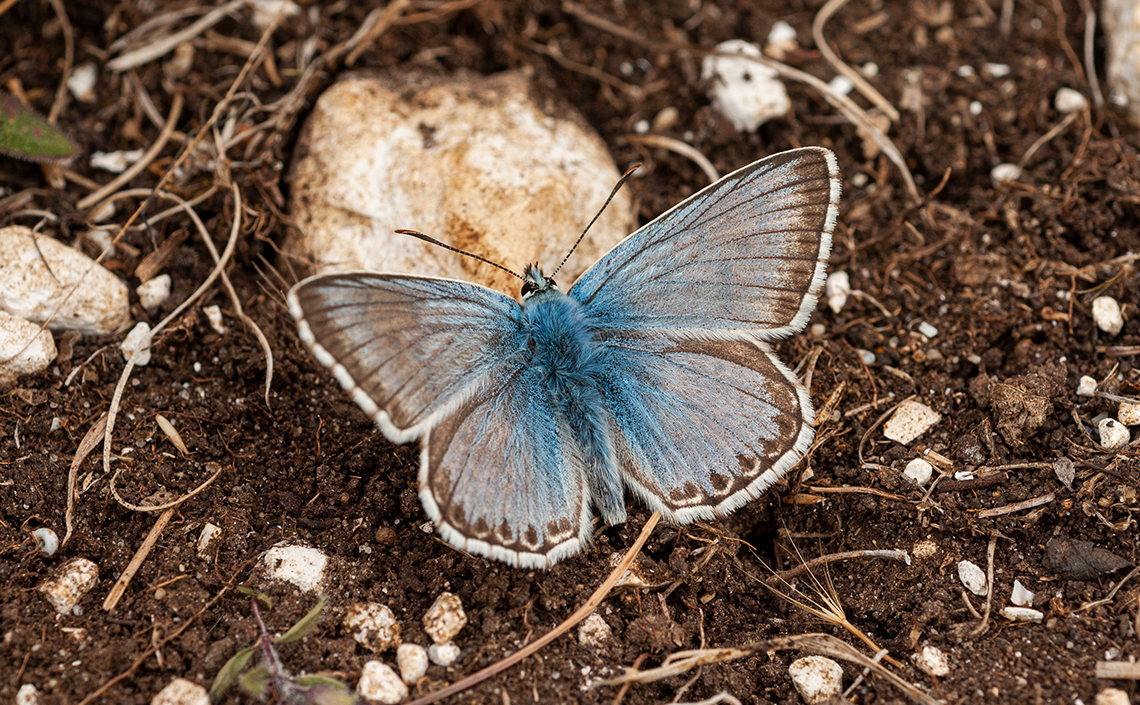 The Chalk Hill Blue has not been a resident species in Warwickshire since the 19th century. In recent years, individual butterflies have been sighted in the south of the county, and it is believed that the species has the potential to colonise suitable sites in this area.

One of the actions in the Warwickshire Conservation update was to determine how many colonies of Green Hairstreak butterflies are present in Sutton Park. In August 2009, a full GPS (Global Positioning Survey) of Sutton Park was conducted and areas of Bilberry and Cowberry were plotted in order to help Butterfly Conservation establish a cohesive monitoring of potential Green Hairstreak colonies across the site in 2010.

Find out more about the Sutton Park Green Hairstreak Survey.

The Small Blue, is the smallest of the UK's blue butterflies. Numbers have plummeted in recent years due to the loss of chalk grassland habitats. In Warwickshire it is clinging to survival at three sites around Southam, all of which are active or former quarries.

The creation of new habitat within flying distance of existing butterfly colonies is the only way to help the dwindling population of butterflies spread and expand. Find out more about the Small Blue Project.

This project aims to direct effort on practical conservation measures to improve habitat for five fritillary species on 168 individual sites in the eight most important areas in the West Midlands, Warwickshire and the Forest of Dean.

In Warwickshire, the work is focused on the Princethorpe Woodland Complex and it is hoped that the work will benefit the Silver-washed Fritillary and Dark Green Fritillary in our region. Find out more about the Midlands Fritillary Project.

UK butterfly monitoring currently focuses on nature reserves and butterfly-rich places. This has lead to a lack of monitoring in vast areas of the wider countryside. These areas include farmland, plantation woodland, uplands and urban green spaces.

Butterfly Conservation (BC), the Centre for Ecology & Hydrology (CEH) and the British Trust for Ornithology (BTO), has developed a new Wider Countryside Butterfly Survey (WCBS) method to gauge the changing abundance of widespread species in the general countryside.

Find out more about the Wider Countryside Butterfly Survey.