The unmistakable Peacock is one of the most beautiful and readily identifiable of our butterflies; it is also a species that has seen substantial declines in recent years and is less common in our gardens than it was during the last quarter of the 20th century. This decline as almoset certainly due to habitat loss, specifically, the removal of stinging nettle patches which are the sole larval foodplant of this iconic and much-loved butterfly.

The Peacock's eyespots act as a highly effective deterrent to potential predators which even manage to frighten large birds away. If that isn't enough, a grating noise produced by the rasping of the forewings also acts as a secondary deterrent to predators.

The territorial instinct of the male Peacock protecting a prime patch of nettles often results in males chasing off small birds, bees and other insects that venture too close to his patch.

Hibernation takes place in hollow trees, garden sheds and other sheltered places with log-piles being particularly favoured. The underside of the wings are almost black and render the butterfly almost invisible in such situations.

Adults can sometimes be seen on the wing during the winter months, often having been disturbed from garden sheds and log piles. The Peacock is on the wing on calm sunny days from late March with numbers building throughout late spring as more emerge from hibernation. Summer and early autumn are the best time to see this butterfly with a peak in numbers in August. Butterflies seek places to hibernate from late August/early September and have all but disappeared into hibernation by mid-September.

The decline in the population of the Peacock butterfly across Warwickshire and the whole of the UK may in part be due to the expanding range of a tachinid parasitoid fly Sturmia bella which was first recorded in Britain in 1999. The fly lays its eggs on the surface of Common Nettle leaves. These are ingested by the young caterpillars of the Peacock butterfly. The Sturmia bella larvae develop within the caterpillar and emerge just after the caterpillar pupates, killing the pupae in the process. The Peacock however appears to be less affected by Sturmia bella compared to the Small Tortoiseshell so habitat loss and pesticide use is more likely to have contributed to the Peacock's decline over the last 20 years.

Other nettle feeding species of the Nymphalidae family (Small Tortoiseshell, Comma and Red Admiral) also ingest the eggs of the Sturmia bella.

The Peacock can be found in a range of habitats from urban gardens to post-industrial landscapes, disused railway lines to suburban parks, anywhere that nettles occur in large clumps in full sun. It is most numerous where abundant nectar sources are available and Common Nettle the larval food plant can be found.

Allowing a patch of Common Nettle to grow in your garden in a sunny location is a quick and easy way to encourage this species to breed. Planting nectar sources such as Buddleia, Red Valerian and Verbena Bonarensis will attract the adult butterflies to your garden, especially in early spring and late summer when wild nectar sources may be limited.

It is possible to see the Peacock in almost every month of the year and is often encountered in sheds and outbuildings where it hibernates during the winter months. Individuals in the spring emerge from hibernation and seek mates before the female heads off in search of young nettle leaves upon which to lay her eggs. Spring sightings peak in April.

During late spring and early summer, the next generation of caterpillars quickly grow with adult butterflies apearing from mid July with peak numbers in August. During this time, the adult butterflies will spend much of their time feeding on flowers to build up their energy reserves. Very quickly, almost all will disappear with most entering hibernation by early october.

The Peacock can be found throughout Warwickshire. It is a widespread species and can be numerous at times where suitable habitat allows. 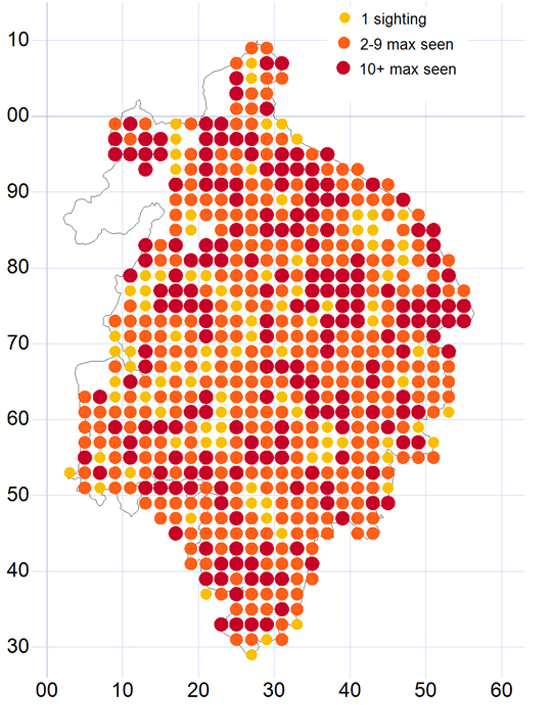 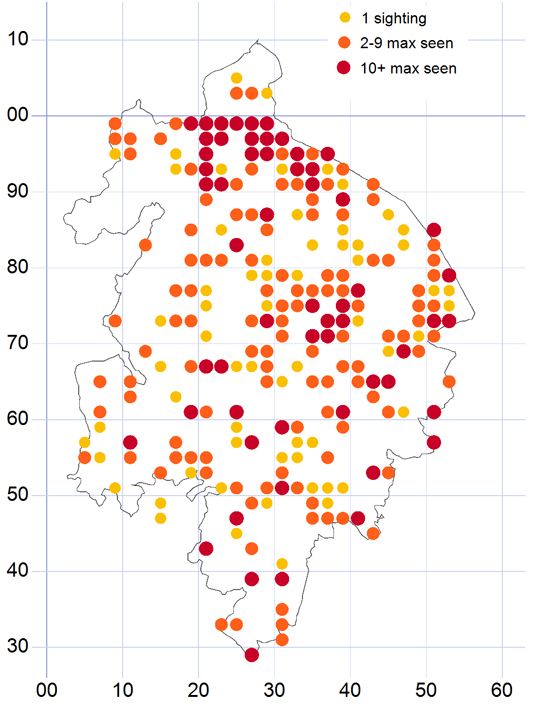 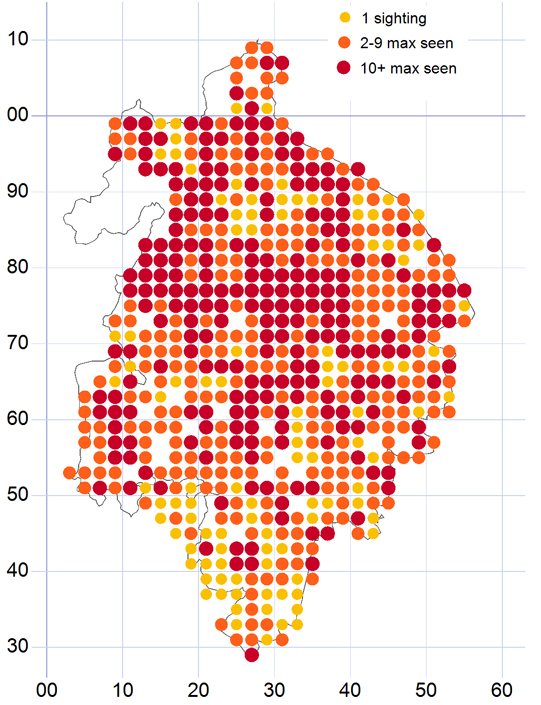 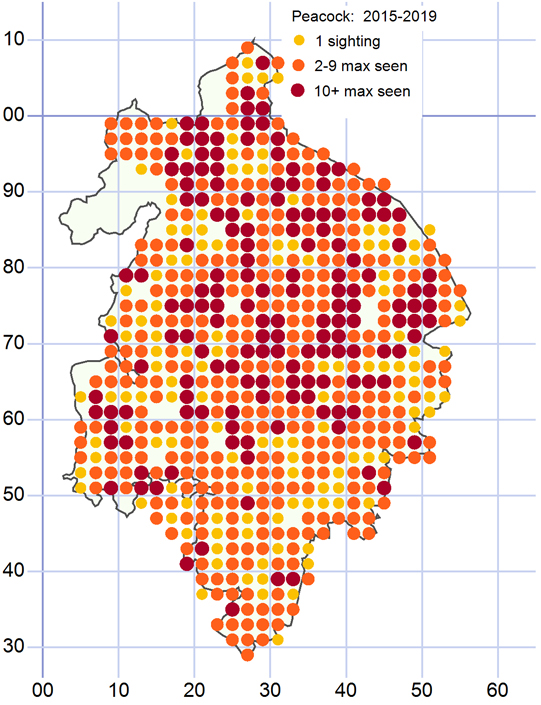